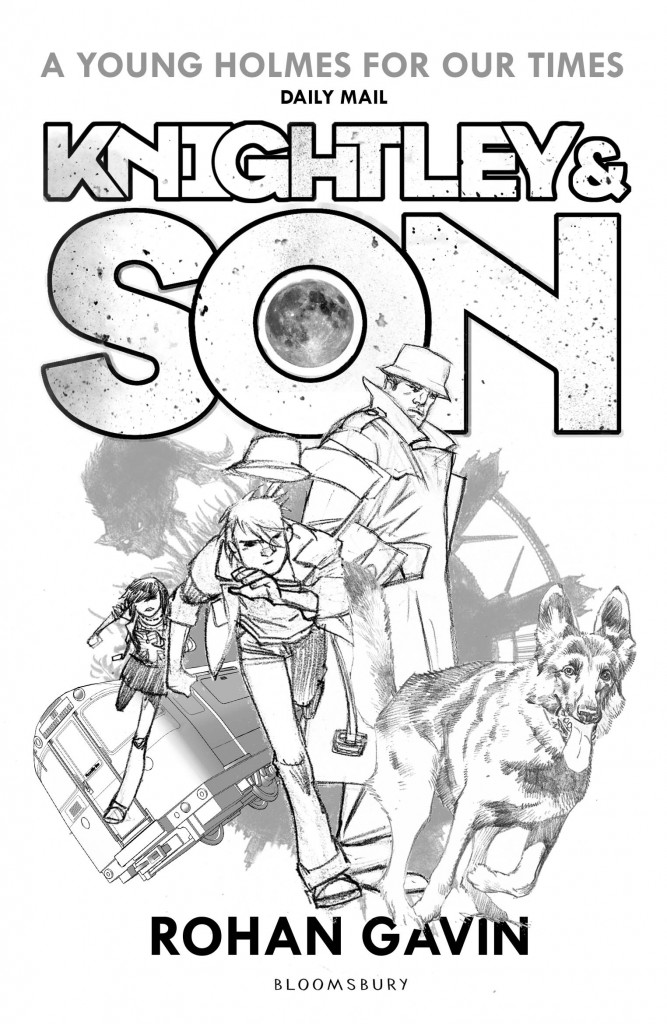 Thanks to Kev Walker

Artist and Marvel illustrator Kev Walker is responsible for the new Knightley & Son jackets, and was kind enough to give me permission to use his early pencil sketches on this site. I liked the retro feel of the original covers from 2014, but Kev has given a face to Darkus and his fellow detectives, in a way that I never thought possible. I was hesitant to attach a clear identity to characters that had up to that point only existed in my mind and that of my readers. I thought it might limit the reader's imagination - but in this case I think it's the opposite. Simply showing Darkus's shoelace being undone adds a dimension and reality to Knightley & Son that I couldn't have done with words alone. It seems to say: though these characters wear tweed and use deductive reasoning, they live in a messy, chaotic modern world. That was always the idea: to combine the old with the new. Many thanks Kev.